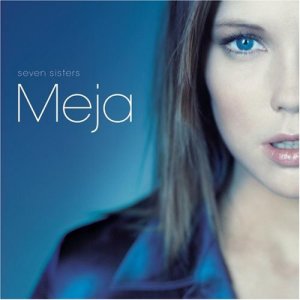 I’m not sure how I came across buying Meja’s second album, Seven Sisters, but I did.  I’m sure I heard “All ‘Bout the Money” and the CD was affordable and I bought it.

This is one of those rare albums where you can play the first track, Lay Me Down, and play it through to the end with, Do The Angels Have a Home.  Which I must have done for a while.

Unfortunately, YouTube is letting me down with no videos of the entire album available – which may be the right thing to do, I’m not sure what the rules are on that.

Which is pretty great, but it leaves out both

Thanks to YouTuber yuri20 for hosting this video.

Thanks to YouTuber rrn3000 for hosting this video!

Such a great album!

I clicked on MejaVEVO and learn that she did release official videos for this album, so here are the ones that her channel are hosting –

All ‘Bout the Money