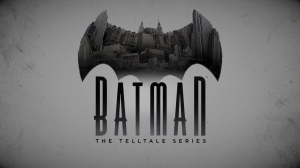 Thanks to being a free game to PS4 PlayStation Network subscribers, I was able to finally play my first TellTale game.

I had a blast and I thought about this game whenever I wasn’t playing it.  I just kept wanting to go back to it.

There are plenty of interactive choices.  I sort of wished that they gave us a full minute to make a decision, just so I could playfully ask my son or wife (or both!) for their opinion to weigh in on the choices.  There were a couple choices that clearly mattered but a lot of the “they will remember that” never seemed to pay off.  Like, I was expecting the fifth (and final) chapter to just be a giant personalized story about what I’ve done up to that point.

There were obvious changes made, such as go as Batman or Bruce or Save Harvey or Save Catwoman, or confront Harvey or confront Penguin, that clearly changed the way the next quarter of the game was going to played.

I liked the saving system, it occurred enough that I didn’t have to be a real jerk with having to put my family on hold as I didn’t want to repeat a full ten minute game sequence.

The detective mode was fun, if not added to one of more longer sequences when I was trying to figure out what caused the giant explosion.

I really liked the relationships you are able to effect like with Bruce and Harvey.  I was trying to start a romance with both Vicki Vale and Catwoman.  I missed a big opportunity, or at least I think I did, with Vicki Vale, like in Episode Two just to learn later that I don’t think that was ever in the cards by Episode Four.  That one moment, when I could have provided information to Vicki but I chose to protect my friendships with Gordon and Harvey that I wished I did just give her what she wanted.  Then Episode Three started as if I did provide the information so that was disappointing, to see a decision not really get honored.  It was the sole time I saw that happen.

I might end up playing the game again and, of course, make different choices.

For PS4 players, all I did was literally play along and got a Platinum trophy so there are no bad choices.  One of the options is to select triangle which is a non-response (or the default response if you are not fast enough).  I’m not sure if my first two responses counted or did I think too long but I think those two interactions were soft balls to get prepared for the game.  It might be a long 15 second time delay for a response but you definitely can’t just put the controller down and watch the “film.”  There are fight sequences, that I’m not sure my wife or a more casual player, would enjoy.  You don’t need to be super fast but I think you have to be fast or learn to adapt and anticipate which button sequence is coming.  I never knew if I was going to be pressing any of the four buttons or an arrow direction.  Which I’m fine with but I got the impression quick that my wife wasn’t going to play the game like I was envisioning.  I was thinking she’ll play it and I’ll watch it unfold but maybe we’ll do that now that the pressure of finishing the game is off.

I have it downloaded and unlike the other games I’ve downloaded for free from the PSN.  Which are January’s Deux Ex : Mankind Divided – which I deleted in a matter of 30 minutes, Uncanny Valley – which I deleted as I didn’t know how to get onto the second floor.  And December’s Darkriders II – which I’m enjoying, a tad more on the fantasy side that I’m used to, Kung Fu Panda : Showdown of the Legendary Legends – which I deleted after doing the tutorials as I felt like I wasn’t really playing in a tournament and it wasn’t really that much fun, and Forma 8 – which was fun enough until I got stuck and I’m not sure where to go now but at 12% trophy progression, it was a fun time up to that.  I have those games in my game library until I no longer keep subscribing to the PSN but Batman I only have for a year, which makes sense.  I’ll probably keep throwing $60 at the PSN as I do like the idea of new free games.  The old list has several games I wished I was able to play but I’ve bought Life is Stranger and I’m hoping to get Until Dawn for my birthday.

Infamous Second Son would have been great.  Metal Gear Solid V : Phantom Pain would have been nice to tried after I didn’t enjoy IV.  Just Cause 3 was free and I’ve heard of that franchise.  Assassin Creed : Freedom Cry, I just read, is an expansion pack so I’m not sure if they just modified it so it would work as a stand alone game or would I have needed the proper game to have played it?  I’m sure it would have been stand alone.  I wasn’t that impressed with the first Assassin’s Creed and I didn’t commit to the second one though it was better than the first one.  The Game of Thrones game would have been the TellTale game so now I know that would have been a treat.  We just subscribed to HBO so I’m hoping to get back into that show.  I keep thinking if I watch that show enough, I’ll want to play that game.  I just looked it up and the game consists of a side adventure ranging from the end of the third season up to the beginning of the fifth season – so I’m a distance from that game.  I’m sure they built it so you can just play the game as its own thing but I rather it be more of an award.  I’ve read that the Walking Dead season one game is pretty great too so I’ll be tempted to pick that up.  It has nothing to do with the television series nor the comics, from what I’ve read.  Tales of the Borderlands is fun too, also from TellTale but I haven’t played any of those games but I’ve read how fun their game is.

Abzu and Journey would have been fun as free games too.

Those are the games I’ve missed out of since August 2016.  I keep waiting for

To update with the February games.  I’ve been spoiled with not having to wait for December and January lists so it has been a long month.  It seems no one can properly guess at what the games would be but it doesn’t look like they follow a particular path.

Back to the Batman game. 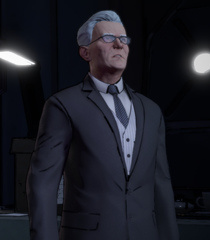 TV Tropes informs me that he may be based off of the 1966 Batman Alfred, portrayed by Alan Napier 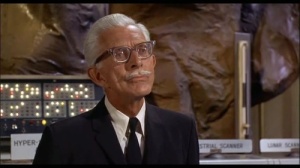 Which I can sort of see, without the moustache, of course.

Which, in that case, I rather he have the moustache but then I guess we’ll be in the royalties territory.

I should write that this takes place within its own continuality which might effect how I play my second round.  Not having to look for collectibles will shave off only twenty minutes.  I read that some of TellTale games (or similar story games like these) have collectibles that you may miss out on and have to play episodes over again.  But I originally had played it thinking what we learned can’t be true but then having to commit that, yep, that’s what they are saying is true.  I’m trying not to spoil anything but I believe any curiosity read about the game will spoil what the crux of the game is about.

I do wish that there were multiple save files so that I could play the game and my wife could have her own ongoing game but I’m not seeing that as an option.  I do like how each chapter ends and tells you how your decisions ranked against other players.  I seemed to be in the majority of others but almost all decides had majorities, it wasn’t like they were all 46 to 54 percents.  A few were but most definitely went one direction.

I was hoping the TellTale website would provide me with my stats but they don’t.  I tried to upload my stats to Facebook, when the game said I could but Facebook blocked me all five times.  I wouldn’t normally post my game progress on Facebook but this felt safe enough.

There’s still time to download the game too, I meant to type this up like weeks ago but I rarely have time to play the game much less write about it.

I’m not waist deep into Fallout 4 and getting obsessed with it.  I was doing every side mission, leading me up to Diamond City and now I’m wading through the main quest.  I might try to go back and forth pending on missions.  I just saved Valentine, regarding the main quest.  I’ve apparently told Dogmeat twice now to stay as he got in my way while scavenging a room and had to go back for him.  I forgot how much I hated being encumbered.  My next perk point will go towards the Lone Wanderer perk as I need another hundred pounds lifted off of me.