They don’t list who wrote these so I’m not sure who to credit.

So AvX was happening but right before it, this free comic came out.

Heading into the event, Avenges 25, New Avengers 24 & 25 were the upcoming issues.

Uncanny X-Men was on issue 11 of its second volume 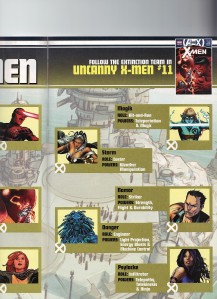 Secret Avengers was on issue 26

Wolverine and the X-Men was on issue 9

The Brain Trust were

There are previews for both issue 0 and issue 1 of the crossover.

Recommended books that I would also recommend are :