Nominations were on Day 44

Shelli has to pull Clay back, from yelling at James.  Apparently, James did three years in prison!

Vanessa confronts Clay and Shelli about how they threaten to blow up Vanessa’s game.  Shelli has to try to calm Vanessa down, too.  Vanessa goes to the other side of the house, distantly herself from the couple, so hard.  Once again, eliminating one person, seems to have brought the entire house together.

Shelli and Clay chat with James.

Shelli is crying, that she won’t go to Jury with Clay.  Austin overhears this and realizes that he will be going to jury with Liz.  oh man, that guy may kill her!  Someone keep him away from her!

Could be a decent comp.

Veto Comp!  Something to do with Royalty.  Another decent outfits comp.  I would try to keep all of my outfits.  Jiz is the host, but I can’t figure it out.  This is one of those classic, trade Big Brother games.  So you can win a prize but have someone take it from you.

GameofThrows, they are throwing balls

Jackie is out, she claims the Sixth Place Prize – Veto, so lame when the Veto is the first prize!

Shelli claims her fifth place prize – Knight in Shiny Armor – She is in the Big Brother Knight Brotherhood.  She trades it for the Power of Veto.  Jackie now is a Knight, sounds pretty good

Meg is super rooting for Clay.

Clay claims third place prize – so there is no way for Clay and Shelli to keep the Veto.  Night in Shiny Armor, must stay close to the Knight, and shine armor.  Clay takes the Ireland trip, so Vanessa is the Squire

James claims 1st place prize – Castle Guard – Must complete the regiment 2024 times.  If he doesn’t complete it, he can’t play in the next comp.

I forgot that James has a daughter.  He takes the veto, and Shelli now has to complete the task.  James mentions how Clay can take Shelli to Ireland, I bet he doesn’t take her.

Shelli is acting like they are getting married, after this.  I don’t see it happening.

OH!  Meg and Clay are having a very long hug.  John Mac doesn’t know what he is seeing.  She can’t promise to vote him out instead of Shelli.  Since when did Meg and Clay have a friendship.  #BBScandal, indeed!  This is still going on!  Meg wants to get Clay drunk in NYC!  Oh My!

Vanessa and Jackie get their costumes.  Jackie looks completely flat chested, who knew that was possible!  Vanessa has to shine Jackie’s armor for 24 hours.

John and Steve are talking!!!

Brittany, from last season, seemed like it was a harder challenge as she had to kick a soccer ball into a net.

Clay uses his speech time to confess his love for her.  Shelli, echoes his feelings but gives a speech about fairness.

James will not be using his Veto!  Shelli is going home, right?

Here is a few pics of Julia in that bikini –

Thanks Everybody to making it possible so that we can get 200 Likes!  Thanks again! 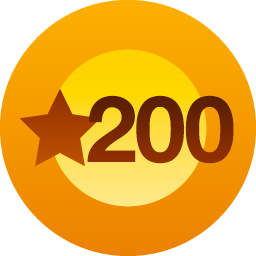