I’m sure it was Smallville that first introduced me to The Calling but their first album, Camino Palmero is simply perfect. 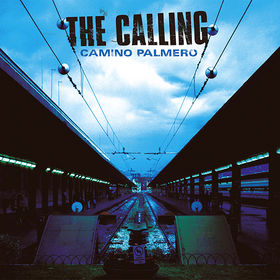 Which is pretty awesome.

Wherever You Will Go

Thanks to TheCallingVEVO for hosting these videos

Could It Be Any Harder

Their second album, Two (great title!), wasn’t that bad either.

I read somewhere that The Calling is really just Alex Band and Aaron Kamin, without those two, there is no Calling, hence why the second album didn’t get much play as Kamin left.

Alex Band did have a decent run as a solo artist, I really liked

Thanks to Alex Band hosting his own video.

Like most lead singers, their solo work just sounds like the band, so I had mistakenly thought that this was a new Calling song, when it first came out.  Apparently the band as come together, in 2013, but that didn’t last long – I imagine as Kamin didn’t come back for it.