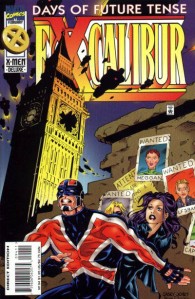 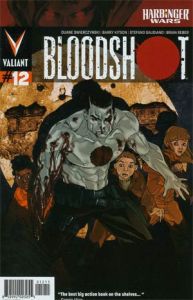 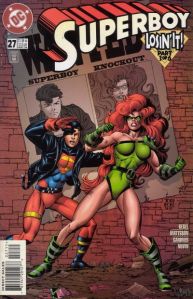 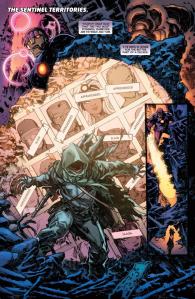 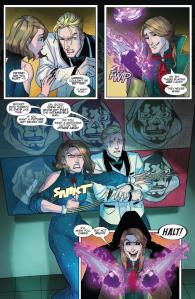 Wolverine and the X-Men 42 – Nick Bradshaw

Years of Future Past 5 – Art Adams and Peter Steigerwald

Cover by Tom Derenick and Blond

This comic is based on the very excellent show, NTSF : SD : SUV :: which aired on Adult Swim.

Here is the first and last episodes :

Thanks to YouTuber AdultSwimEps for hosting these videos.  Because of its content, you have to sign in, which I hate, as I can never remember my Google password.

This and Childrens Hospital made for an incredible thirty minute block of entertainment.

If you want more information, here is the Wikipedia page : 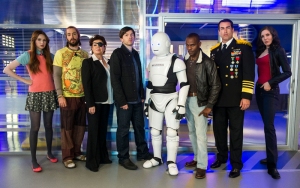 Martin Starr AND Karen Gillan, sign me up!  And they did!  Plus, Kate Mulgrew!

I wasn’t much of a Paul Scheer fan prior to this show, that he created but I have since become a fan.

Ten Miles off the Coast of San Diego and 500 Feet below the Surface.  The Greek god, Poseidon is woken up when the President of the Navy, steals his pitchfork – he has a pitchfork collection.

I like how they recreate the show’s title sequence in eight panels, that’s pretty cool.

Meanwhile, at NTSF : SD : SUF ::… Someone wonders how the Greek gods could be in San Diego.  Kove explains that the Greek gods were the first terrorists.  3,000 years ago, NTSF : Athens :: Chariot :: defeated the gods and buried them in the San Diego ocean as statues as they are not really from Greece, it was a cover up.  Kove commands the team gets together and meet her at the NTSF Heli-SUV.

Deep in the Alaskan Wilderness.  Alphonse is recreating the scene from Edward Norton’s Incredible Hulk, citing that it has been 65 days since he has had an accident, of his spirit animal coming out.

The Louvre – Paris – Night.  Piper is fighting to prevent a guy called, Skull, from – once again – re-animating Hitler and starting World War III.

Burj Khalifa – Dubai – The World’s Tallest Building.  Trent, the leader and played by creator Paul Scheer – is retired (yet again) and is now a simple window washer.

Five minutes later.  The team is assembled.  The five attacking Greek gods are certain locations – Medusa (Wonder World), Prometheus (San Diego Stadium), Cyclops (Gaslamp District), Athena (La Jolla), Hades (San Diego Trolley) and Poseidon (off the coast of San Diego).  The team wants to prevent San Diego from becoming a second rate Los Angeles.  Each team member is going to a specific location, via the tele-transportationing room.  The blonde (I’m not sure who this is suppose to be) wonders why they all of a sudden have all of these fancy pieces of equipment.  Almost as if they have an unlimited budget, the benefits of a comic book over a 15 minute show on Adult Swim.

Wonder World.  The blonde is wearing glasses that will reverse Medusa’s stone-turning abilities.  Instead, she is so unattractive that Medusa willingly turns herself into stone.  Looking at the Wikipedia page, is this character is probably the one Rebecca Romijn played?

The Underworld.  Hades has took the San Diego Trolley and forcing the last top to be Hell.  Alphonse is taking him on, and lets out his spirit animal – The Vole.  He is able to throw Cerebrus and Hades into a giant lake of fire.

The Bitley’s.  Sam is about to take on Cyclops and he wins by throwing darts into his sole eye.

Scripp’s Park, La Jolla.  Athena is confronted by Piper, she tries to come up with a snappy one-liner but instead, just opens fire and takes out Athena.

San Diego Stadium.  Trent and Prometheus go at it, he throws a baseball bomb and blows up the fire stealer.

Somewhere near the San Diego Convention Center.  This location made me think that this was a San Diego Comic Con exclusive but I’m not sure if it is.  The Heli-SUV dumps oil into the ocean and that makes Poseidon turn away.  Issue ends with him opening up a portal in the sky and aliens come out – so this is clearly after the Avengers film was released.