The two free games we are getting for June 2019 through PS+ is : Sonic Mania and Borderlands : The Handsome Collection.  Which is actually the Pre-Sequel and Borderlands 2, along with all of their DLC.

I’m all for a throw back Sonic game and Borderlands looks fun but it is one of those games I would never have bought for myself.

People on both the PS4 and the PlayStationPlus subreddits are super excited about the games.  Plus, with E3 coming up, June 11 through 13, and Sony sitting it out, this gives people something positive to talk about Sony.  Though Sony has a lot of good will going on right now with rumors of trailers or information regarding The Last of Us 2 and Death Stranding floating around.

Sonic Mania and Borderlands: The Handsome Collection are your PS Plus games for June from PlayStationPlus

Which is nice for a change!

Sonic Mania on the PlayStation Store is $19.99 and it has a $4.99 Encore DLC with extra levels and two additional characters.

Borderlands : The Handsome Collection is $60, so that’s super impressive that we are getting this game for free.  There is a theme for $1.99 and a free texture pack meant for the PS4 Pro but I downloaded the texture pack.  I might be willing to buy the theme if I like the game in the slightest.  Apparently the game does go on sale quite often.

I thought it was supposed to be a tie-in to the film but that isn’t coming out until February 14, 2020 – what everyone wants to do on Valentine’s Day is go see a Sonic film.  James Marsden being in it helps.  Getting classic Jim Carrey also isn’t a bad deal too.  I like how he and Will Smith are able to still call forth their 90s charisma almost 20 years later.

Borderlands : The Handsome Collection originally came out on March 24, 2015.

Pretty impressive that it still sells at $60, but Borderlands 3 coming out on September 13, 2019 has probably helped with sales in the past few months.

Here are my peeps talking about the games as well :

I just started following Adam through PlayStation and that guy has so many platinums!  He also states there will be some free exclusives to check out in the store too.  Ben also has a slew of platinums now that I’m following him through the PSN as well.

Referring to platinums, here are the trophy guides to both games :

I’ll definitely be playing Sonic Mania first and see if Walker Dennis wants to be my buddy at all.  Then I’m going to dive into Borderlands and see what all of the fun is about.

Like most people, I adore Girlfriend Reviews and I’m reminded of their video they made for this collection.  I’m going to have to rewatch it again to get a better feel for the game.

I’m still making my way through Lego Avengers, having a great time. I’m just making my way down the trophy list to feel productive and to give myself a direction to go in.  Tonight’s plan is to replay Ready, A.I.M., Fire to unlock Aldrich Killian and then try to kill him for the trophy. Then I’m going to get all of the English characters (Captain Britain, Mandarin (Trevor Slattery), Spitfire (who I remember from Facebook’s Avengers Alliance game), and Union Jack.  I already have Agent Cater.  Then I’ll get the Defenders and some specific red bricks (x4, Stan Lee in Peril, and Quest Detector), then the x6 and x8 multipliers.  Finally, just free play all of the other levels that I still would need and then I’m off to the DLC!  So I bet I have another two weeks with this game and then I’m off to Lego Marvel Superheroes 2.

I should try to at least complete Episode Three of Batman : The Enemy Within.  Walker Dennis wanted to play Fallout 4 as I made a reference to Dogmeat but then it took 30 minutes for the game to reinstall.  By the time it was done, he wanted to play Batman : Arkham Knight which now I want to get the Season Pass again for $20.  We were doing the math and with $20, we would be getting like $15 worth of bonus content, which I do like a value.  I was able to finally download the Scarecrow pack, so that was nice.

I was also doing the math for getting Fallout 4’s Far Harbor and Nuka World DLC and combined, it is like $45 and its Season Pass is $50, so I might as well just spend the extra five dollars and get the other three DLC as well.  But I’m probably never going to treat myself to that DLC but I could be gifted it maybe.

I completed What Remains of Edith Finch, such a good game!  During my first playthrough, I completely missed Gus’ story but on the replay screen, we are able to replay ones we missed so that was nice.  I didn’t want to replay the entirety of the game just to get to one of the final stories.  People talk about how sad Lewis’ story is, and it is but the one that devastated me was Gregory’s story.  Being the primary bath giver to Walker, it was always one of my grave parental fears something bad happening to him while in the bath and seeing it play out just crushed me.  But I knew the game was coming to a close so I kept at it and 30 minutes later, had completed my first playthrough.  Gus’ story is right after Gregory’s so I probably just walked right pass it not giving it a second thought. 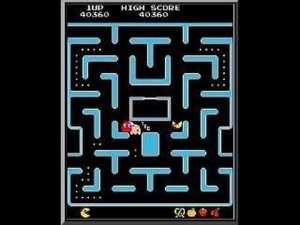 During my first attempt at Ms. Pac-Man, I got to the Pretzel portion and that was about it for me.  I should go back and practice and get gud at it but it wasn’t bad for a quick gaming session.

I also bought Dear Ester and Walker D. and I took turns playing.  He wanted to keep walking way pass the story segments but he got better about pausing and listening to the story.  I missed every urn and I attempted the Director Commentary of the first chapter but I’ll go back to it.  I do like how for the Director Commentary, they put up orange squares so we know where they are and they turn white if you listened to them, that was pretty handy.  Jessica Curry did an amazing job composing the score and she does have a Pandora channel.  Every one of her songs was from Everybody’s Has Gone to the Rapture, so I want to play that game at some point.  I’ll eventually go back and do that second playthrough.  I’ve already committed to the idea that I’m probably not going to be able to find them all as I didn’t come across all of the story segments either but it was enjoyable from what I can only imagine was the bulk of the story.  In terms of walking simulators, I’ll probably rank them as :

Drowning is a shorter game but I felt I got more out of it than I did Dear Esther.

Last week, poor Britney Haynes and Janelle left Amazing Race.  I knew they were not going to make it as they kept coming in sixth or seventh, and once there is only seven teams, they were going to fall short of their goal.  They were great together and I’m going to miss them on the show.

I never did find a good Amazing Race photo websites but I found those three pictures above.  Britney looked great in that grey jacket.

I just stumbled across a great Amazing Race Britney gif machine of a page!

They even have their title sequence!

We always find what we need in the most unusual of places.