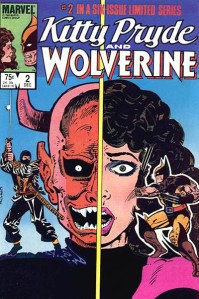 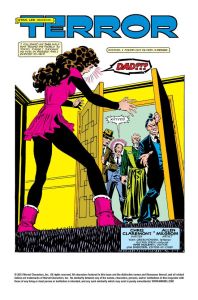 Issue opens with Kitty surprising her father, in Japan!  She just overheard that her father is in cahoots with the Yakuza.  It isn’t great, for either Pryde. 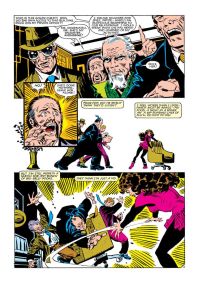 Mr. Shigematsu, the main boss, wants to know how Kitty got all the way up to his penthouse.  Shigematsu isn’t impress with the Prydes.  Shigematsu sends his goons after Kitty but she throws a chair at them. 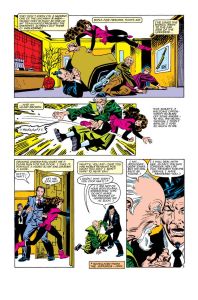 Kitty jumps over the goons and throws herself at the old man, as she flees.

Carmen wants to explain, but it is exactly what it looks like.  He isn’t an informant for the United States government.

The old man wants Ogun to go after Kitty, Ogun is happy to do so, he has a whole plan. 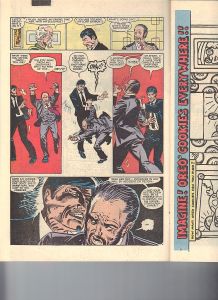 Carmen hears Kitty’s name, in-between some Japanese.  He doesn’t want a guy like Ogun anywhere near his daughter.  He tries to stop Ogun but learns quickly how out of his league he is.

Poor Kitty, when we catch up to her, her entire world has spun upside down.  She’s crying, and lost in a foreign city.

There is an ad for the Saturday morning line up on CBS.  Richard Pryor is front and center, which caused me pause.  He’s promoting Pryor’s Place, a cartoon I never heard of.  Muppet Babies is the only cartoon I saw, of this batch.  Supercade (with Quebert, Space Ace, Kangaroo and Donkey Kong). Dungeon & Dragons, Pole Position and the Get Along Gang. 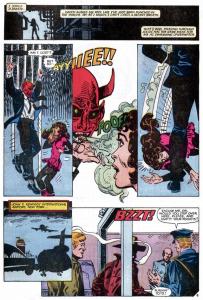 Ogun catches up with Kitty and knocks her out with some mouth gas.  We know Ogun is seriously messed up, as he clearly had that mask for a while.

We see Logan going through an airport metal detector.  We learn he has a special medical card that explains that he has metal on his bones.

Kitty wakes up, in a standing position under a spotlight.  The next several pages are pretty messed up as we see Ogun break Kitty down, both mentally and physically. 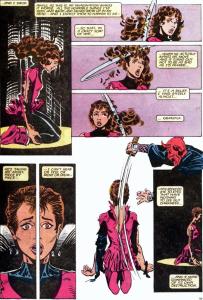 We’ve given Kitty’s inner-monolgue and it is terrifying!  She’s so hopeless during all of this.  Ogun cuts off her long hair and sheds her shirt.

Kitty puts on a brave face, and Ogun recognizes her strength.  He starts rebuilding her, with training and a new philosophy.  Kitty begins her ninja training, by her first ninja master.

NBC’s Saturday morning cartoons gets two pages – Snorks, Pink Panther and Sons, Smurfs, Alvin and the Chipmunks, Kidd Video, Mister T, Going Bananas, Spider-Man and His Amazing Friends; and One to Grow On will appear five times, wherein celebrities give advice.  I’m pretty sure I only saw Snorks, Smurfs and Alvin and the Chipmunks.

This entire sequence is pretty quick, in reality but it feels like forever as we see Kitty go from infant to pre-teen to her current older teenager.  She goes from a white outfit to a sweet black outfit and dons the Ogun mask to top the entire thing.

Tokyo.  Shigematsu is in his office, as someone is attempting to break in.  The goons open fire but Wolverine makes short work of them all.  The old man doesn’t know where Kitty is, so he isn’t very helpful to Wolverine.

Ogun is called, that Wolverine is on his way.   He knows all about Logan, and knows the perfect way to hurt him.

Cut to Kitty, still wearing the mask, defeating a bunch of ninja goons.  Issue ends with Ogun telling Kitty to kill Wolverine, and she’s all for doing that.

We probably won’t review the third issue until next year, but maybe not.

Such a great series, loads happening and it is only the second issue.