You know when you are in a public restroom, and you unzip your pants and can’t find your dick.  That rare instance when my boxes move just an inch to the left or right and all of a sudden, a slight panic occurs.  Especially when there isn’t a divider between the urinals or even when there is one but your shoulder is clearly moving too much like you are searching for something.

Then there are dudes who would make a friend and start talking with each other by the sinks.  There isn’t enough space in here to be having conversations!  It is super awkward to walk by them and then asking them to move so I can wash my hands.  Something I noticed neither of you have done yet!

And these are grown professional men!  Even the general public are still professionals in some capacity.

Imagine going into a restroom and seeing a grown man peeing at a urinal but with his pants around his ankles, like how a toddler does it?  That would be a funny sight for maybe a second but it would make me feel uneasy about that fellow’s state of mind.  It feels like it should be a red flag.

Though I’m a loon for still being worried about being stabbed in a bathroom like Carter in Season Six Episode 13 of ER, Be Still My Heart

Thanks to YouTuber ecinajx19 for hosting the video!

Though, in my mind, that takes place in a bathroom and as the stabber leaves the bathroom, we see poor Lucy on the floor.

Like, I think about it all time when I’m entering a bathroom.  Some childhood fears one doesn’t simply outgrow or forget.

ER is one of the hardest shows to Google, something I’m sure they didn’t think about when they named it.

Whatever happened to Kellie Martin, I had a huge crush on her on that show.  ER had quite a few crush worthy doctors and nurses!

Apparently she’s done quite well for herself on the Hallmark channel, good for her!

I liked her when she came for Season Eight.  I missed out on most of the early seasons.

Who I don’t remember being on ER, at all.  I was first introduce to her on the amazing Mr. & Mrs. Smith series with legend, Scott Bakula.

Who got way hotter on Doctor Who.  They did her character all types of wrong.

I’ve been a fan of hers since Newsradio and she just gets better every new project. 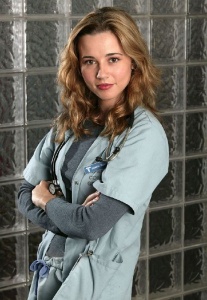 Apparently she was there during Season One but I didn’t see her until Season Six. 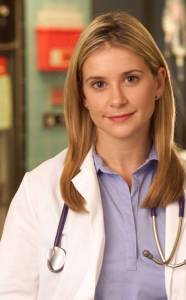 and of course, Kellie Martin!

That’s a pretty great lineup for any show!

15 seasons, and I’m sure I missed out on the first few and skipped out on the last few as well.  It was the 90s, you could sort of do that with these types of shows.

Which I remember, even at the time, thinking how much can one Chicago-based hospital handle with all of the disastrous that happened within its walls?  Without it being shut down, I mean.  After the second helicopter crash, I was pretty much done as my suspension of disbelief had finally found its limit.

On an episode of Turtle Soup, Ryan and Father Preston were talking about how they do that thing of using a paper towel to open the exit door of the bathroom and I’ve started doing that as well.  It makes sense too, why wash your hands and then touch the door that you just know other dudes are touching with unwashed hands.

So I catch myself having the same thoughts as I enter a bathroom and leaving the bathroom.  Funny how the ol’ mind works.

This remembers me of when I was a kid on a school trip and we were all taking a potty break and I saw an adult peeing in a stall with the door open and he used his foot to flush the toilet.  That was a real game changer that day.